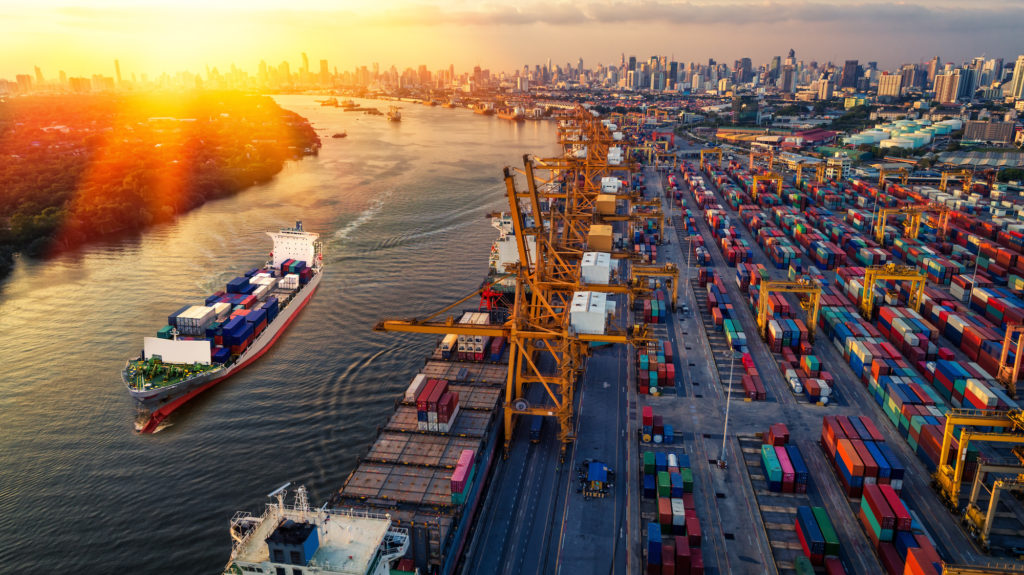 The U.S economy is far less dependent on trade than you might think, even though we do our fair share of trading across the world. In 2019, the total value of all U.S exports accounted for about 11% of GDP. Each state has its dominant industries and you can tell a lot about a state by looking at their major exports. You can tell a lot about a country as well.

The United States is certainly known for its innovation around the world, and it might be telling that some of our major exports are aircraft and electrical equipment. If you look at it state by state, you’ll find that U.S exports are also incredibly diverse, since the country is vast and each state has different natural resources and leading industries. So we thought we’d take a look at some of the biggest exports of the United States and their histories.

Many states have major exports that become their staples and embed themselves into the identity of the state. In states like Pennsylvania, for example, coal is the top export. In the great state of Texas, we know that we are an oil-producing state and that is one of our biggest exports. Many might remember the once-upon-a-time football team, the Houston Oilers.

The Invention of Flight

The story of the Wright brothers is a familiar story of perseverance, brilliance, and hard work. The two grew up together in Dayton, Ohio, always pursuing their curiosity. The two went into the printing business in 1889. Three years later, they opened a bicycle shop. The two built and fixed bicycles for several years before the talk of flying machines began to further spark their curiosity. This experience would be crucial when it came to designing their first flying machine.

They began with a small kite to test some of their theories regarding control. It took them several attempts to finally break ground with a 12-second flight in 1903. This became the first powered, heavier-than-air machine to achieve sustained flight. Just before World War I, the brothers’ 1909 Model A flyer was sold to the U.S Army Corps for $30,000. It was less than a decade that the first airplane was landing on a carrier for military purposes.

The advancement of aircraft is closely and intricately linked with military operations and needs. The biggest leaps in these innovations happened for defense purposes and were then used in commercial settings. Aerial reconnaissance dates back to even before World War I. The use of observation balloons was the first step to this military tactic, but balloons could only offer so much subtlety. From there, some of the Army’s first flyers began to emerge. One was the Glenn Martin Bomber, a two-engine bomber that could carry up to four crew members and five machine guns.

That speaks volumes about the innovative spirit and urgency that surrounded the invention of aircraft and airplanes. America’s biggest exporter today is Boeing. They are the world’s largest aerospace company; they assemble commercial airplanes and defense products. As of December 2019, Boeing employed over 143,000 employees.  They are the U.S Defense Department’s biggest contractor.

The Invention of Automobiles in America

Nothing has ever been the same since the invention of the internal combustion engine. The first stationary gas engine was invented by Karl Benz in 1879. He is often credited with being the father of the automobile. When it comes to cars in America, we usually think of Ford when we think of early pioneers in the automotive industry.

Along with Ford, we think of Chrysler and Dodge. All companies that are still standing today. Many people might not be aware, however, that 485 automobile companies entered the industry between 1899-1909, but it was Ford that seemed to surpass them all once he introduced this revolutionary Model N. As Ford introduces the assembly line and mass production begins, there is nothing to stop the mass production that leads to mass consumption and demand of automobiles.

Today, automobiles totaled a worldwide US$758.4 billion. By value, cars represent the world’s number two exported product by value, behind crude oil and just ahead of electronics. The United States is the number #3 exporters of cars in the world behind Germany and Japan.

The United States loves its cars. We have many unique companies working on the design and innovative ways to improve the way we drive. The world of electric cars is just getting started and companies like Tesla are here to stay.

With such a large country, it’s no surprise that we have a great amount of innovation and invention. Here at Cordova Brokerage, we help exports and importers go through the intricate system of customs, warehousing, and more.