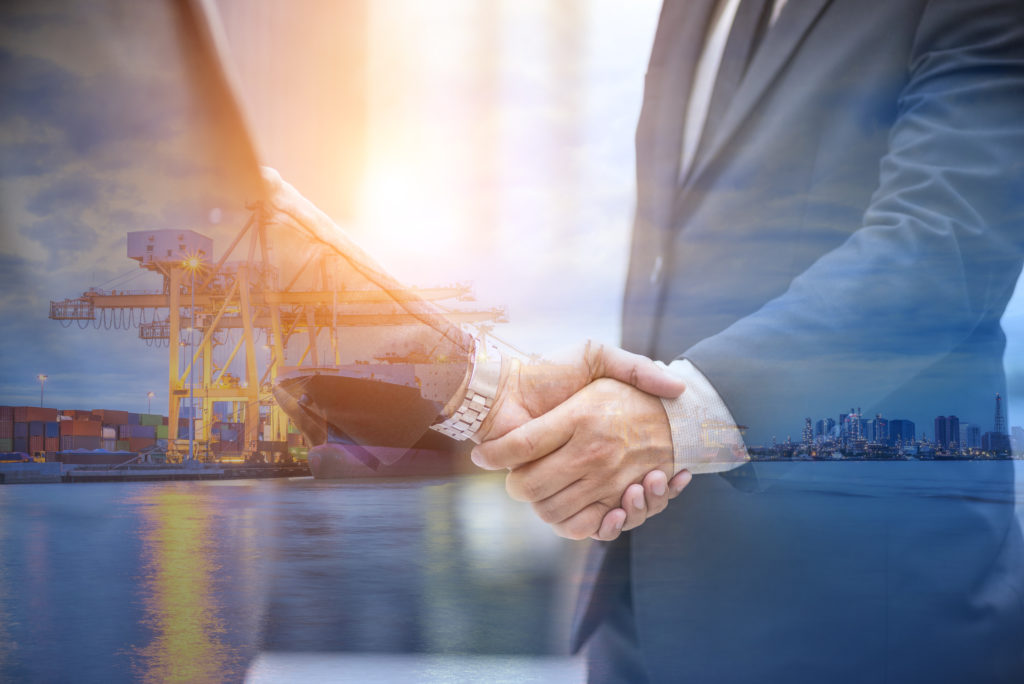 Since the beginning of the country, the trajectory and nature of imports and exports have changed dramatically in the United States. The U.S went from being quite protective and isolationist in its approach to favoring a more open and free-flowing market that led the way to modern foreign relations many today would term globalization. Each has accompanied the very different cultures and customs of the time. The change was, in large part, brought about by global conflicts that changed the way nations exchanged goods with one another. Post-war America began to see open trade as a way to open up countless possibilities to advance the country’s economic interests, as well as establishing strong ties with foreign nations.

Some of the country’s founders had differing ideas about the ideal trade policy. Alexander Hamilton, for example, was far less of a protectionist that he is often made out to be. He knew the importance of the import market and how that could help fund the public debt. He had much milder tariff policies that found the support of traders and merchants of the time. Others, like Thomas Jefferson and James Madison,  considered much more draconian trade policies and seemed to purport a more domestically focused economy. Interestingly enough, when he became president, Jefferson imposed an unusual trade policy, which had a nearly complete embargo on international commerce from December 1807 to March 1809. This was a short-lived experiment that showed what it would look like to have an almost complete stop to international trade. This embargo, along with effects on trade from the War of 1812, is often said to have further sparked the rapid industrialization of the country and encouraged domestic manufacturing.

In the early days of American history, Americans seemed to have a ‘leave me alone,’ attitude. In large part, Americans still hold this attitude, as it is greatly inculcated in our nature and our country’s culture. Even after World War I, America slowly returned to a more isolationist foreign policy. The war, after all, had brought with it a very large unpaid debt, as well as a generation of men scarred by the war. And by the mid to late 20s, foreign policy was not something on most people’s minds.   The Hoover Administration set forth the Hawley-Smoot Tariff. Because trade was a large arbiter of foreign relations, the tariff was a way to cut off the discussion altogether. This caused a lot of foreign retaliation that contributed, at least in some part, to the economic downturn that gripped the U.S and the world in the late 1920s.

At the London conference of 1933, Rosevelt refused to tie the American dollar to a gold standard. This upset many European leaders. At the same time, Roosevelt realized that the Hawley Smoot Tariff was crippling American economic growth and the U.S made the policy more flexible.

The breakout of World War II was of course another cataclysmic change to the world and the global markets. The United States, unlike Britain and other Ally countries, did not have their industrial centers and cities bombed and therefore did not suffer the kinds of losses to their manufacturing that other nations did. This opened the way for the United States to manufacture a lot of necessary parts and materials for the war effort and otherwise. The U.S dominated many export markets after the war because the manufacturing centers were intact, this allowed for innovation and technological advancements, and due to inherent strengths in numbers of workers and the growth of several industries. All of this set the United States up for success in a global market by the time the war was over and countries were trying to rebuild their cities and lives. U.S aid was important to this recovery and these nations also needed export markets in order to return to economic independence. The U.S helped create the General Agreement on Tariffs and Trade, which consisted of an international code of tariff and trade rules that was signed by 23 countries in 1947.

In the 70s, the U.S trade balance was hurt due to some externalities like the oil price shocks, global recession, and increases in the foreign exchange value of the dollar. The American demand for foreign goods meant that America demanded a lot of imports.

Still in the 1990s the nation remained committed to free trade and pursued to establish new multilateral trade negotiations, worked on new trade negotiations that involved Europe and Latin America and worked to solve other trade disputes. For a large number of people in the U.S, the idea of free trade means the liberal movement of goods across nations and the world. This opens up opportunities and markets and allows for better relations among nations.

The nature of the current trade agreements and trade policies might be called into question after the world fully recovers from the 2020 coronavirus pandemic. This might return some manufacturing and production to the United States, or perhaps curb China imports some.

The history of the United States trade policy shows how the country began and how it grew slowly as the world grew with it. Because of some of the global conflicts that gripped the 20th century, the U.S benefited and was able to build a great production machine with a lot of trade potential.

Get With A Brokerage You Trust

Here at Cordova Brokerage, we are on top of all the changes and nuances of the U.S import and export business. It can get complicated following the many restrictions and compliance requirements. If you are looking to get into exporting goods or need brokerage services, we are here to help. Call us today.