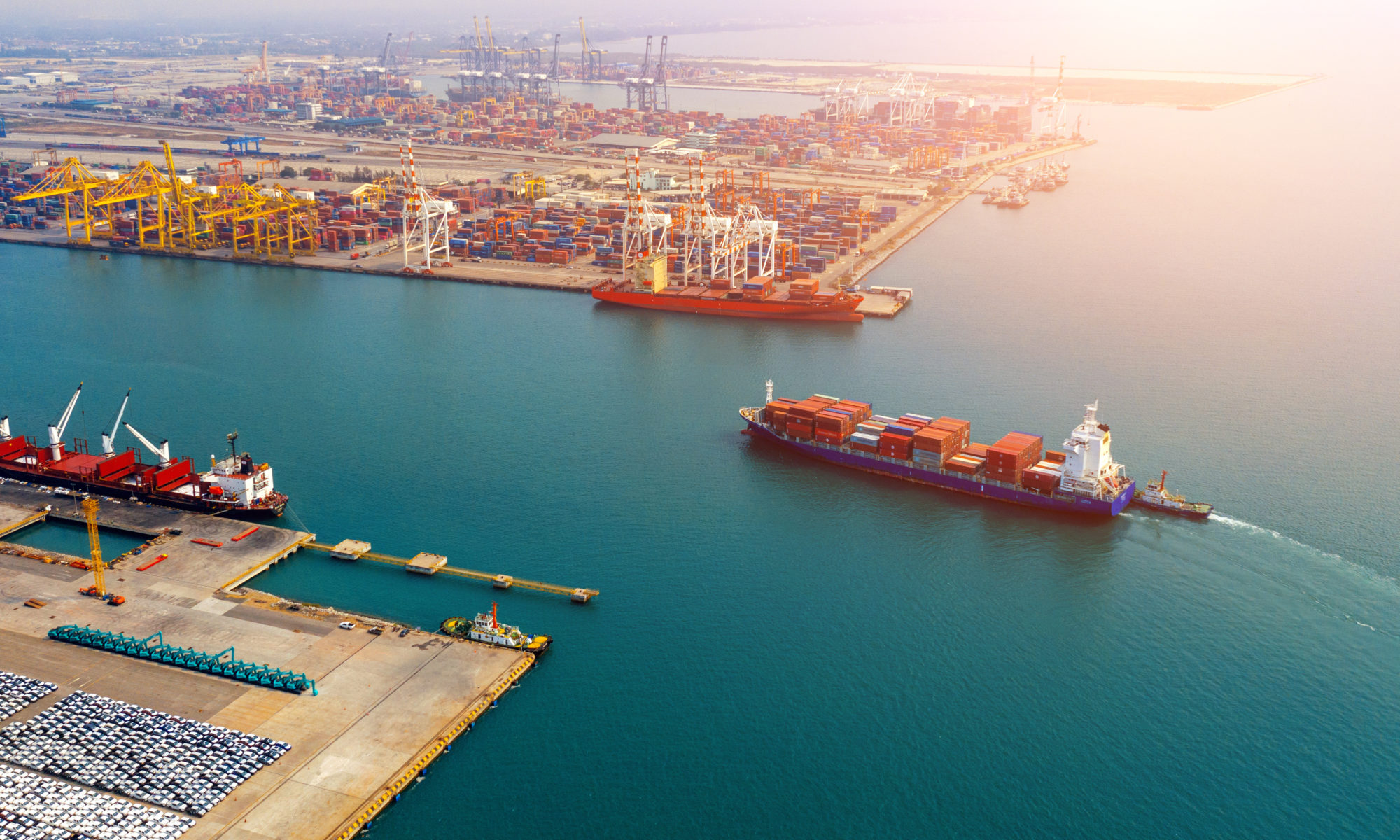 Hundreds of cargo ships hover out at sea, waiting, floating quietly, unable to port. Thousands of goods sat there, far from their destination. These scenes were real, and they caused a stir in the markets. The images took hold of the news cycle in the Fall of 2021 and began circulating concerns about supply chain chaos in our midst. Those working in the import and export business might have had a preview of some of this as various conditions began causing backlogs, labor shortages, and other problems.

So what’s all this about? What does this have to do with exporters and importers of goods?

Here’s what we know.

The Tangled & Fractured Supply Chain, The View From Here

It’s no secret that covid struck a blow to what seemed to be a relatively robust economy and normal-flowing supply chains. The virus wasn’t just the normal jab to the chin, it went for the liver shot too, bruising the supply lines from different directions. Supply chains are fragile, intricate, and very much depend on the labor of people involved in every aspect of production and trade.

If you mess with one part of the chain, the ripple effects are felt throughout.

When the pandemic hit, supply chains were the first major indication to U.S. consumers that this virus was not just another over-blown scare tactic by the nightly news. Americans began to see the shelves of the supermarkets a little emptier than usual and then, a lot emptier, and all of a sudden hand sanitizer vanished from the face of the earth.

For people in the import and export business, the incoming chaos was detectable on the horizon as early as January and February of 2020. It was then that the virus had started to spread in China and slowly trickled into the production of many essential goods manufactured there.

In late 2021, people are still referring to the mysterious supply chain shortages in day-to-day conversations. The average American encounters these effects in a myriad of ways, such as short-staffed restaurants, longer-than-usual wait times when it comes to purchasing tech products, making vehicles, car rentals, home construction, and even DIY home projects, as well as access to skilled laborers and workers.

Some have narrowed down the shortages to a couple of major pain points:

The Port of Los Angeles is often known as “America’s Port.” That’s because it is the biggest and busiest port in the country— founded in 1907 and active ever since. This large port extends across 7,500 acres of land and water along the coast. It is through this port that thousands of goods enter the country and make their way into supermarkets, stores, and shelves. The port handles over half of U.S. imports, and yet, 65 cargo ships were stuck on the water in September 2021 waiting to dock.

What does this all mean?

On the ground, it appeared to be one continuous blame game. Some blame the dockworkers for not unloading fast enough, others blame a shortage of truck drivers for not clearing out the docks, and still, others blame more internal workings of the supply chains, varying covid-19 protocols across countries, increased restrictions, lack of supply, etc. In the end, some may argue that it begins with policy—that it has really been one domino after another that has acted upon the many layers of the supply chain.

So What Do Supply Chain Shortages Mean For Me?

Well, it depends. As of this writing, the supply chain shortage has manifested itself differently for everybody. For some people it means waiting on that home renovation project, for others it means holding off on buying that new car, and still for others it means being unable to find workers to staff their restaurant.

For the nation at large, it means there is likely a link to a labor shortage, which means that everyone will see some effect of this in their lives, in some form or another.

What Does All This Mean For Importers?

As a brokerage company, we work with many clients that import or export goods. Amidst the dizzying changes and all the rest, importers and exporters are having to adjust and improvise.

Some people argue that an over-reliance on imports meant that the U.S. was dependent on foreign goods. That dependence has been partially responsible for the situations we face today, and that it also poses a risk to the supply chains, which become vulnerable to outside conditions. For example, most of the semiconductors are produced in Asia and any backlog of production there will impact various sectors in the United States— from car manufacturers to the production of home appliances.

The Guardians at the Supply Chain Gates

As brokers, we man the gates at the supply chains. That is, we do security, act as the liaison between importers and exporters and the Customs Border Protection Agency, which oversees the incoming cargo and products from overseas, as well as the outgoing goods. Brokers have no real control over the markets or the breakdown of the supply chains—we stand guard and make sure compliance is met by anybody taking goods out of the country or bringing them in.

Are You an Exporter or Importer of Goods to the United States? Learn More at Cordova.

Cordova Brokerage works with people on the ground ensuring accuracy and compliance. Whether the markets ebb and flow, as they do, goods continue to move in and out of our border and we are here to safeguard that process and complete the process accurately.